Building trust across the world's divides

Beyond the Borders: Human Experiences Across Generations and Countries

History begins in the Family: Dialogue of Generations 2020

International project "History begins in the family: Dialogue of generations" was successfully conducted for the third time. The specific of the project this year was its online format. Around 30 young people from Poland, Germany, and Ukraine took part in the exchange learning program, then under the guidance of mentors conducted studies of their family stories.

The final point was the online session in mid-December on presenting their studies. Participants uploaded their family memoirs on the project website. Under the support of German-Polish Youth Office all  materials had been translated into the four project languages. So, family stories about World War II and postwar time presented by participants are available publicly online at the moment. The whole process was organised in the form of continuous dialogue between participants on complicated topics of the past.

In the frames of the learning programme young people had the chance to meet virtually twice a week during October 2020 and immerse themselves in the time period 1933-1945 approached from the perspective of the three countries. Ten intensive online sessions, discussions, home tasks, and the following informal communication provided the basis for integration and learning.

The online curriculum has been designed to provide a comprehensive understanding of the mentioned historical period, including the topics of historical policy, politics of memory, critical thinking, and post-truth, virtual trips to the places of remembrance and meetings with the eyewitnesses, as well as exploring the practical tools for further oral history research. For online learning, the following facilitation tools have been used: virtual boards, like Mural, Padlet, the Mentimeter assessment tool, a game-based learning platform (Kahoot!), etc.

The pandemic did not prevent youth from learning about places of remembrance. The online sessions on Bergen-Belsen, Oświęcim/Auschwitz, and Lviv served as windows into these places. This time we have also tried out a new format of involvement in the study of a space and historical contexts, namely a virtual quest. This quest trip has introduced Lviv and the local context of the Second World War to the young project participants.Young participants had a chance to talk online with Mr. Stepan Horechyi (†2021), a Ukrainian former political prisoner, and a survivor after GULAG.

In the final online session the participants presented their family stories. Under the guidance of mentors, they conducted oral history research, recorded the memories of their relatives and friends, and shared their experience of it with the group. The online meeting was full of empathy although the conversations in the micro-groups and in the common round often touched sensitive issues in the family stories. 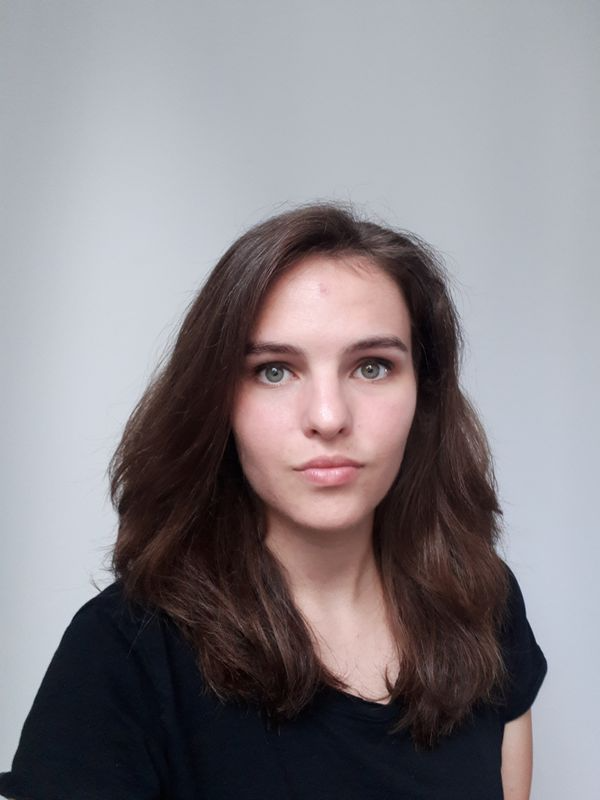 Despite different life stories, all these people share similar experiences of suffering, deprivation, fight, pain, etc. Only humane treatment can help in healing. Aleksandra Oczkowicz from Katowice (Poland), a student of Jagiellonian University, faculty of Eurasian Studies, is convinced of it. She recorded an interview with her grandmother Grażyna, who is almost 84:

My grandma is from a family of partisans. So her family's life revolved around the underground fighting for freedom. Communicating with her has always been a significant part of my life. Family history research was a great experience for me since the topic of war is rarely touched in casual conversations, but now I can see how important it was for my grandma to share her story. It was also extremely interesting to listen to other people’s stories. For example, the story about the family member of a girl from Lithuania, who now lives and studies in Berlin. He went through a lot as a child, he never knew his father and he lost his mother during the war. Then a girl from Ukraine told us about her family member who was a spy during the war. All this gave me the impression that fates of ordinary people were so similar (losing close people, trying to fight somehow) and after all everyone was suffering in a similar way. This proves that in the long run there is only one nation, a human nation. 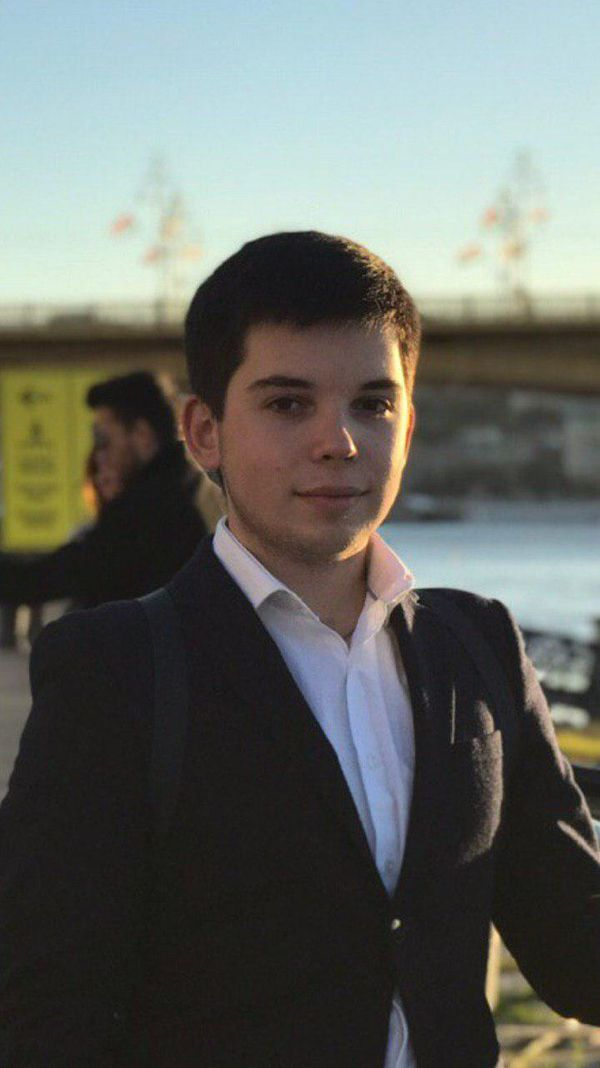 Searching for the truth and new facts about family history is inspiring. According to Mykhailo Didenko, this research gave him a better understanding of his family history. Mykhailo is from Vinnytsia (Ukraine). He is a third-year student of the Faculty of International and Political Studies at Jagiellonian University in Krakow (Poland). He recorded an interview with his grandfather Ivan Holyak, who is 77 years old:

After World War II, in 1951, my grandfather was forcibly deported to Siberia, and his mother died there. I learned the details from the story that I recorded. I learned that my grandfather once had a brother. I saw the photos I hadn't seen before. I can't say exactly why I haven't seen them before, maybe I don't remember that. Participation in the online program inspired me to search for new facts and stories of my family, to build the family tree.

Franziska Lamp found oral history to be very fascinating. According to her, it is absolutely crucial to analyze past events: what is remembered and especially how it is remembered. Franziska lives in Austria and studies at the University of Vienna. She recorded the interview with her 91-year-old distant relative:

During the Second World War and the immediate Postwar Period, my interviewee lived with her family in Lower Austria, in the countryside. She told me a lot about the time the Russians were in her hometown and she also mentioned a French prisoner [FL: of war, forced laborer], who worked on her farm. She told me a lot about what rural life was like back then. By recording the interview, I learned how important it is to give your interviewee enough space, meaning: to let him or her speak freely about his/her memories without being interrupted and asked too many questions. After the interviewee finished his/her narrative, one should ask about the things that were unclear or topics the interviewer is especially interested in. During this workshop and within our multi-national micro-groups, we talked about very different experiences of the time of World War II. We also had very interesting discussions about the issue of German-Austrian guilt. I think it is crucial to analyze the ways in which the population in Germany and Austria experienced and (!) remembered the wartime period as well as the Postwar Era.

Pauline Reinhardt notes that seeing similarities and differences in stories brought the participants closer to each other. Paulina studies at Martin-Luther-Universität Halle-Wittenberg (Germany). She recorded her interview with her great-uncle:

I called my great-uncle to talk about his experiences during World War II and the post-war period. He was born in 1940 and grew up in Breslau (Wrocław). After the war, he had to flee with his mother. They arrived in North-Western Germany and had to start a new life there. We talked about his childhood memories and also stories his mother passed on to him. Talking to him was a really good experience ─ both on a personal and a non-personal level. Afterwards, I felt closer to this side of my family. I also think that these kinds of memories are important because they remind us of the difficult times today’s refugees are going through. Sharing this story in the group was difficult but also really good. 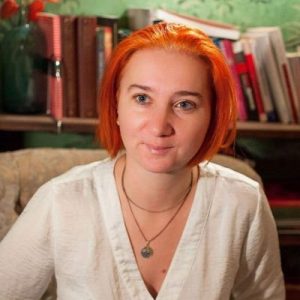 Dr. Kinga Gajda from Jagiellonian University has been working closely with the Polish group. She acknowledges that working on the project during the pandemic was a challenge but the team and participants coped with it:

Young people from Poland really enjoy being a part of the project and they hope they will be able to meet each other and work together with their colleagues from Ukraine and Germany one more time. It’s a pity that during the project there was no possibility to meet each other offline, I think traveling (not virtual) and visiting some places together, spending some time together in a bus, hotel, during meals is the best way to get to know each other and make new relationships, to become friends. During the project, participants worked online in mixed international groups, but they didn’t have a chance to spend their free time together. However, I think the organizers did their best to make the project as effective and interesting as possible. I really hope we will have the opportunity to work together one more time, maybe in a better non-pandemic time.

The project has become a great opportunity for the youth from Germany, Poland, and Ukraine (even more, from Lithuania and Austria) to dig deeper into family history, build relationships with their relatives, and create invisible bridges between each other and the countries they come from.

Please, find more about the project and read recorded interviews at www.dialogue-of-generations.org.

The project was implemented by the Foundations for Freedom INGO as part of the Ukrainian Action: Healing the Past Programme, the International Youth Meeting Center Oświęcim/Auschwitz (Poland) and Lower Saxony Memorials Foundation/Bergen-Belsen Memorial (Germany) under the support of Deutsch-Polnisches Jugendwerk (German-Polish Youth Office) within the grant program "Let's Save the Memory", as well as under the support of the PAUCI Foundation.